Aaron Stern of Mystrionics: “I Think Answers Are Not Interesting”

This is my interview with Aaron Stern conducted by phone on 14 March 2018.

Making music with friends, high school musical growth and progressive death metal, home recording, being sidelined by injuries which lead to inspiration, the influence of punk rock and not caring what people think, setting goals to keep things moving, booking with the line-up in mind, April 7th at The Space, @starfish_hospital’s art and considering the visual component, confronting your own ugliness, making personal art, finding earnestness in heavy music and The Mystrionics mini-tour.

A Vegan & A Butcher: “You’re Gonna Make It Today”

This is my interview with A Vegan & A Butcher (Summer Keightley & Derek Boaz), conducted at the Space Concert Club on 12 March 2018.

Instant Pot, how Summer got interested in cooking, cooking shows, how Derek got interested in cooking, making carrot stew, The Glad Cow Cookbook and its future sequel, Summer & Derek meeting, bringing punk and DIY into the kitchen, planing their first event at The Space, demystifying the unglamorous parts of kitchen life, the eating habits of chefs, vegan yogurt, Rob Groves and the deep fryer, the problems of ambitious meals, the music in the kitchen of Vegan & A Butcher, Derek playing in Mouth, the Isle of Treasures Garden, Vegan & Butcher Brunch May 20th.

*I do mention in the show that we should include some pictures of The Space Concert Club, but I realized that our previous episode with Sadgasm highlighted what the place looks like when a band plays. I do suggest that you look at the photos on their Instagram & Facebook, where there are a number of photos of their shows and brunches.

This is a performance by, and interview with, Sadgasm, recorded at The Space Concert Club on 28 February 2018.

Sadgasm’s album release party, recording Ramen, the fine line between serious and sad, and a food related question about marriage that only this band can mediate. 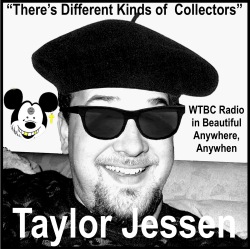 This is my conversation with Taylor Jessen, conducted by phone  on 24 February 2018.

Firesign Theater Live, Phil Austen did not fly, stumbling upon Firesign albums in record stores, Taylor’s comedy radio show on 89.3 in Moscow Idaho in 1993, hearing Firesign for the first time, funny nightmares, interviewing Phil Proctor in 1995, writing about Negativland in college,  moving to LA and lunching with Phil Proctor, earning the trust of Firesign, archiving Firesign performances at KPFK’s Pacifica Archive, The Razzberry Show, the dangers of archiving and collecting, Carlos’ Archive,  the problem with major label archives, How To Speak Hip and The Cherry Red Records story, the Box of Danger and becoming the Firesign’s archivist, Peter Bergman and the Dear Friends era of Firesign, and The Duke of Madness Motors, Richard Metzger, Firesign & Negativland, Everything You Know Is Wrong DVD project, The Bob Sideburn News story, The Les Crain Show story, the secret true origin of Firesign Theater, Jack Poet Volkswagen dealership, the vinyl problem, the Berkeley Firesign fan, digitizing Negativland’s raw archive reels, working for the mouse and the Disney crank file, and The History Channel Story.

The Mark Hosler Interview Part I (#78)

Tim Maloney: “The Weirdest Things We Could Possibly Make Up” 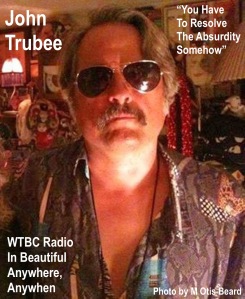 John Trubee: “You Have To Resolve The Absurdity Somehow”

This is my conversation with John Trubee, conducted by phone  on 22 January 2018.

Growing up in New Jersey, Cousin Brucie on WABC, discovering Sci-fi & music, playing guitar, Gloop Nox & The Stik People, the meaninglessness of terrible jobs, attending Berkeley College of Music in Boston, moving to LA, “Why are you living here?”, “Blind Man’s Penis”, Off The Charts & song poems, living in a sales culture, The Ugly Janitors of America, the gulf between what is promised and what is delivered, the Jandek Interview, writing songs vs. collecting records, all those wasted hours in our youth, looking at the world objectively, The Gloop Nox Reunion and Continuing Where the Beatles Left Off, sending albums to Paul McCartney and the story of the DUI film.